New version of Raspberry PI seems to be quite attractive base for Robot Operating System, unfortunately last version of ROS (Jade) doesn’t support newest version of Ubuntu (15.10). To make things more complicated older version (LTS in particularly – 14.04) of Ubuntu may not boot at the Raspberry PI 3. So it is a bottleneck. Of course ROS could be compiled (probably with some minor or even major issues) from sources assuming that we have a time for it. If so, you could use for example Ubuntu MATE and compile ROS from sources.

I am a little too old for it and I definitely have no time for such pleasures any more.

It may be wise to configure a little the Ubuntu 14.04 at the Raspberry PI 3 before installation of ROS. For example kernel updates could be blocked, SSH server installed and so on. 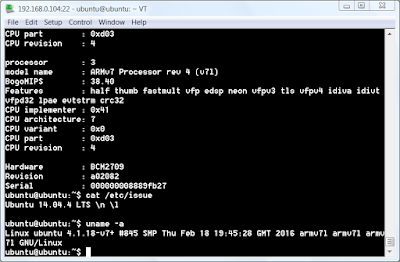